“Well, I must endure the presence of a few caterpillars if I wish to become acquainted with the butterflies,” said Antoine de Saint-Exupéry, the author of the world-famous novella, The Little Prince. And he was surely right, for even if some of us don’t like seeing and touching caterpillars, there aren’t many who don’t appreciate seeing butterflies fluttering from a lovely rose to a daylily. And our world would certainly be less colorful and less flowery if there were no butterflies around to help in pollination process. 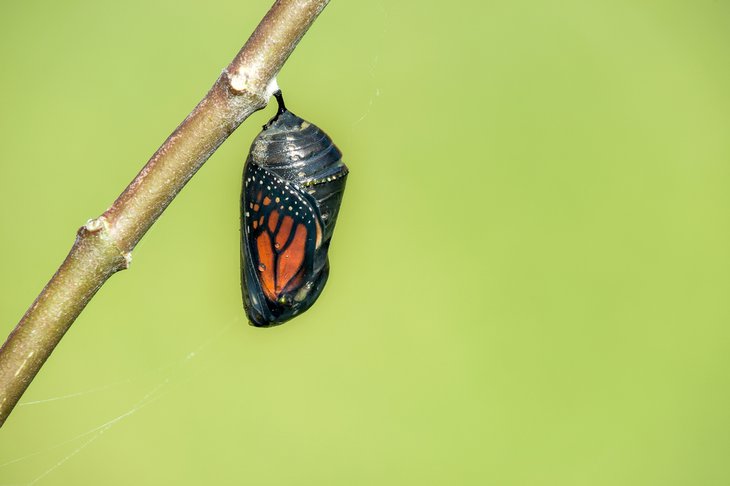 Because the Monarch butterfly is so popular, it is not unusual for it to have many names , including common tiger, wanderer, milkweed, and black veined brown. Moreover, The Monarch butterfly is not named "Monarch" without reason. It is [called "Monarch"][(https://www.monarch-butterfly.com/) because it is so kingly and majestically regal in appearance. In fact, it is one of the loveliest butterfly species in the world.

The Life Cycle of the Monarch Butterfly 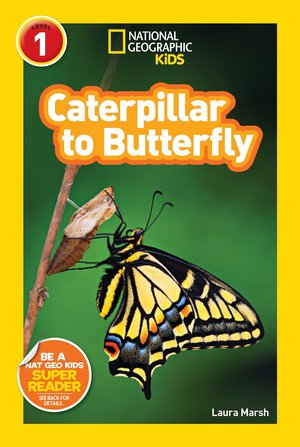 Just like any normal butterfly, the Monarch butterfly undergoes the basic stages of the life cycle of a butterfly. These stages include the egg stage, larval stage (caterpillar), pupal stage (Monarch chrysalis), and the imago or adult stage. The complete process of the life cycle of the Monarch is fascinating to observe in time-lapse. It is aptly termed a “complete metamorphosis” or “transformation” because each of the basic stages of the insect's life is very different from the last. Other less-developed insects usually do not pass through all these distinct stages, and for this reason, their transformation is called “incomplete metamorphosis.”

The Egg of the Monarch

A mature Monarch usually searches for a hidden place — which is typically a milkweed leaf — to lay its eggs. You may be asking, “Why milkweed?” The reason here is plain and simple — Monarch caterpillars only eat milkweed. The milkweed leaves contain all the nutrients needed by the Monarch larvae to grow into fully mature caterpillars.

The sad thing, however, is that milkweed plants are slowly becoming rare to find because of the widespread use of weed killers. That’s why, if you want Monarch butterflies in your yard, you should take care of your milkweed as much as possible. The Monarchs are sure to find it.

Once the Monarch finds a good place to lay its eggs, it then gives birth to a greenish or cream-colored egg that it usually attaches to the leaf of the milkweed. This attaching to the milkweed leaf is instinctually maternal. Why? Because once the egg hatches, a larva will crawl out of it, and it will need plenty of food to gobble up. The larva, or caterpillar, will chew the leaf to sustain it and eventually mature into a fully-grown caterpillar.

The female Monarch lays at least one to three eggs on the underside of the milkweed. Then she moves to another leaf and again lays one to three eggs. She repeats this process until she lays approximately a hundred eggs. The maternal Monarch may lay eggs up to 1,180 eggs in her lifetime. Its egg has a conical shape and is about 1.2 mm x 0.9 mm. It weighs around .5 mg. It usually takes three to eight days for the egg to develop and eventually hatch into a caterpillar.

Before describing to you the Monarch Butterfly chrysalis, you should know how its larva evolves into a chrysalis . Once the caterpillar wriggles out of the egg, it eats up the crest of the egg as its first source of food. Then, it begins to feed on the milkweed leaf. As it gobbles up more food, it begins to grow, and this growth is marked by distinct stages called "instars." The Monarch larva usually undergoes five distinct instars. Before the start of each instar, however, the caterpillar molts. This molting, or shedding of its skin, allows it to grow because the skin of the caterpillar can stretch enough to keep up with its rapid growth.

During the first instar, the larva appears as a translucent pale green caterpillar. It doesn't have banding coloration; nor does it have tentacles. Its first instinct is to eat its egg case; afterwards, it feeds on the milkweed leaf. Its mouth is designed for chewing and it chews and chews in a circular motion to prevent the flowing latex of the leaf from entrapping it. During this period, the little caterpillar devours cardenolides — a form of steroid from plant leaves — and it uses this steroid to ward off predators.

The second instar is characterized by the appearance of white, black, and yellow bands on the body of the larva. It also grows tentacles. The third instar shows the larva developing distinctive bands and its tentacles lengthen. Here, the caterpillar begins to eat the edges of the leaf. The fourth instar, however, manifests different patterns of banding, with proleg development. Once again, the caterpillar molts and it begins its fifth instar with the appearance of patterns of complicated banding. White dots also become apparent on the prolegs.

During this stage, the caterpillar is already at its most mature development. It may be around 25 to 45 millimeters long and around 5 to 8 millimeters wide. Moreover, it is heftier and around 2,000 percent heavier than when it first came out of the egg. This is when it has reached its maximum size.

At this point, the huge caterpillar begins to look for a place for pupation where it will form the Monarch butterfly chrysalis. Once it has found a suitable place, it then latches itself to the underside of a leaf or other surface utilizing a silk pad that it created. It latches its hindlegs to this silk pad, and then begins to molt into a blue-green, opaque Monarch chrysalis dotted by small gold patches.

The transformation that happens when a caterpillar enters a chrysalis is one of the most fascinating transformations that could ever occur among living creatures. From the Monarch caterpillar, which is wormlike, to a butterfly, which is more birdlike, this transformation is definitely a wonder of nature. As the caterpillar hangs by the cremaster (silk pad), it takes a J-like posture. About 12 to 24 hours after the caterpillar takes on this J-like position, you will start to see some subtle changes in the color of the caterpillar. Its color slightly turns bluish-green, and its antennae becomes a bit limp. Then, the caterpillar straightens up, and its innards expand while a split in the skin becomes visible from the bottom to the top. Afterwards, you will see a luminous green Monarch butterfly chrysalis manifest itself.

The caterpillar's skin then sheds all the way up to the top, while the Monarch chrysalis forms and dances. The skin then falls off and the whole caterpillar is enveloped inside the Monarch butterfly chrysalis. Don't blink your eyes at this point if you are observing this awesome transformation because it will be over in several minutes!

The pupal stage of the Monarch butterfly usually lasts from 10 to 14 days . During this time, it may appear to you as if nothing is happening inside the Monarch chrysalis. But intense processes are happening inside the chrysalis and energy is needed to make this transformation possible. These intensive processes include the liquefication of the body of the caterpillar. This is made possible by some digestive fluids.

What Happens Inside the Monarch Chrysalis?

Because the Monarch butterfly chrysalis is partly transparent, you will be able to view this slow transformation from a caterpillar into a butterfly from the outside. Slowly but surely, the folded wings become visible, then the antennae, then the legs, and afterwards the mouth or proboscis! Its new mouth is now designed for sucking, unlike the previous mouth of the caterpillar which was designed for chewing.

The wings are compressed and are pleated, and they gradually grow, ready to unfold when the butterfly comes out of the chrysalis. The marked colors of the wings likewise become highly visible from the outside. From the outside, the shiny green Monarch chrysalis with its characteristic yellow bands slowly changes its color within an hour or two. Its shape also alters a bit with the eventual disappearance of the yellow bands. It then turns soft green.

Some Monarch butterfly chrysalises do not survive! If it is secreting too much green liquid, for example, and then falls off and deflates, the chances are that it will not survive!

After two weeks of intense processes inside the Monarch chrysalis, the chrysalis starts to darken. Ten to twelve hours after the chrysalis darkens, the colors and patterns of the butterfly become very obvious. As the colors become vividly clear and bold, you can expect the new Monarch butterfly to soon emerge from the chrysalis.

The Monarch chrysalis stage is now almost over for the butterfly, and its beautiful colors are now clearly delineated. Its metamorphosis almost complete! At this point, expect the new butterfly to emerge. You will see a colored area on top of the pupa as the butterfly feverishly works to free itself from the chrysalis.

The butterfly will move from side to side as it lets the fluid freely flow into the very fiber of the wings. Then, as the wings continue to expand, the butterfly begins to zip together its dual tongue, slowly piecing them together to form a new mouth that is meant for sucking nectars. Although the wings are now greatly expanded, the butterfly still has to keep its wings folded while it hangs vertically from the chrysalis. It slowly bides its time until its wings are fully capable of being airborne. After several hours of waiting, the Monarch butterfly will be ready to take its very first flight.

The Great Insight from the Monarch Chrysalis

Every stage of the Monarch butterfly’s life cycle is geared towards its full development into a majestic and fully-grown Monarch butterfly. The most mysterious and fascinating stage, however, in its life cycle is the time when it enters the Monarch chrysalis. The chrysalis appears to be very placid as it hangs on the underside of a tree branch or leaf. But as we have seen, the most intensive processes silently occur inside the Monarch butterfly chrysalis. This amazing metamorphosis inside the chrysalis has fascinated the minds of many for thousands of years and has given us so many lessons to learn in life, lessons like, “if you want to soar high, you should give up your immature crawling state, and be transformed into the most beautiful creature that you can ever be.”